Mr. Chancey is in his 15th year as Associate Director of Choirs for the Long Beach Choirs.  Mr Chancey is a Government Quality Assurance Specialist for the Defense Contract Management Agency at Northrop Grumman Aerospace.  He has a Associates of Arts Degree in Music Education from Mississippi Gulf Coast Community College and is pursuing a Bachelor's of Music from Judson College which is located in Marion, Alabama.  He is a 1984 graduate of Ocean Springs High School.  Upon graduation he joined the United States Air Force and worked for the Hurricane Hunters before retiring after 22 years of service.  During this time he attended the University of Southern Mississippi concentrating on Biology and Music Composition.

Mr. Chancey has toured with the Long Beach High School Choir throughout Switzerland and Austria and had directed the choir in historic settings such as St. Stephen's Cathedral in Vienna, Austria and St. Michael's Basilica in Mondsee, Austria.

He is currently a member of the University of Southern Mississippi Gulf Coast Civic Chorale.  Mr. Chancey conducts selections for the Chorale at Long Beach High School in addition to serving as Director for the LBHS Men's Quartet, Women's Quartet, Mixed Ensemble, Sextet, and Men's Choir.  He is also a member of the American Choral Directors Association, Mississippi Music Educator's Association and Youth Cue, a youth choir ministry organization. 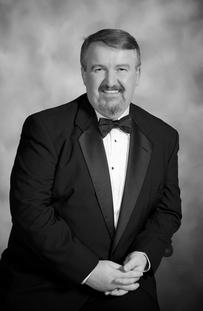 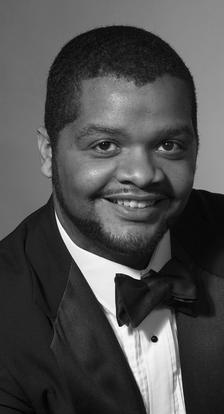 A native of Tupelo, MS, Mr. Terry Walker is currently in his Ninth year of teaching at Long Beach High School.  He earned his Bachelor's Degree in Music Education with a vocal emphasis from the University of Southern Mississippi in 2009.  He continued his studies at USM receiving his Master's degree in Choral Conducting from the University of Southern Mississippi in 2011.  While at Southern Miss, he was a member of Spirit of Southern, the USM Concert Choir and the Southern Chorale under the direction of Dr. Gregory Fuller and Dr. John Flanery.
He performed and studied in New York, Jamaica, and Estonia during his time at Southern Miss.  In 2006, he toured Spain with the Triumph Ministries Chorale. This choir specializes in spirituals and gospel music under the direction of Jeffrey Murdock.  Upon graduation, he was hired as the Assistant Choral Director at Warren Central High School in historic Vicksburg, Mississippi.
During his time at Warren Central, he directed Total Sound and the Concert, Women's, Men's, and Varsity Choirs. He also assisted the Warren Central High School's Chamber Choir performance at the 2013 MENC/ADCA State Choral convention.  In each of his six years of teaching, choirs and ensembles under his direction have received superior ratings at District and State festival. Most recently, the concert choir returned to Italy in the summer of 2017 to rave reviews. Under his direction, they were well received at St.
Peter’s in Rome, St. Mark’s in Venice, and several other musical performances. Most notably they performed in a concert series in Perugia where the choir received an immediate return invitation.
Mr. Walker had the pleasure of attending master classes given by renowned artists such as the New York Voices, Jeff Johnson, Jerry Blackstone, Andre Thomas, and Arvo Pärt. In 2016, he was elected the MMEA District VII Chairperson. Mr. Walker also currently serves as the Repertoire and Resources chair for male voices for the Mississippi chapter of ACDA.